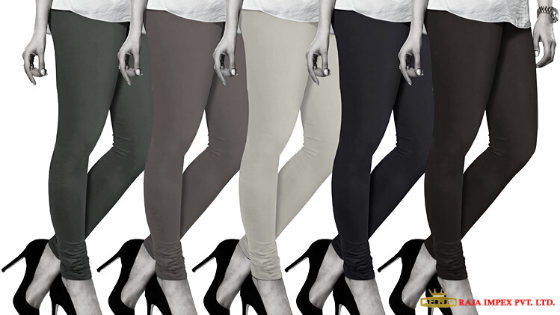 When you think of comfortable dressing, leggings are one of the items that pop in your mind. They are soft, comfortable and can be worn throughout the year.

Most women wear leggings when working out or wearing casual wear. Many of them often get confused about whether they should wear pants or leggings.

You will be surprised to know, but the leggings first appeared in the 14th century. Back then, it was worn by men in Scotland.

In the beginning, leggings were just two separate, hip-high apparatuses that looked like boots. They were either made of chainmail or leather. Later, they evolved as garments that we call tights. Men wore these tights under the cot hardback in the renaissance period.

Leggings remained male wear till the 19th century when women gathered the courage to wear leggings.

The 1950s saw the main evolution of leggings. Audrey Hepburn, who was an original fashion girl, brought in the fashion of wearing capri pants. She wore the slim-down pants in Sabrina in 1954. The trend was followed by many other women. Back then, the pants were not as stretchy, but that was just the beginning.

In 1959, it was Joseph Shivers who invented lycra leggings for the first time. This was much appreciated by the fashion industry. The slim, stretchy pants were accepted well in the 1960s. Popular designers of the time like Emilio Pucci and Mary Quant paired the pants with mod shift dresses.

Leggings became a full-blown trend during the 1970s. This mostly happened because of celebrities like Olivia Newton-John, Debbie Harry, and other popular stars. They took the leggings fashion seriously. But the leggings style in the 1970s was very much different from the rest of the two seasons. Leggings were mostly high-waist, disco pants.

The craze for leggings was carried forward to the 1980s when it was worn by Madonna. It was one of her staples wears. She wears them even today. The leggings craze was further fuelled by the aerobics craze. Leggings were more colorful and patterned during this time.

In the 1990s, the trend of leggings started to cool down a bit. The trend was taken over by baggier pants. But leggings were still there, just not in the trend.

After staying on the low for a few years, the trend of leggings again surfaced in the 2000s. This time the trend was stronger than ever before. Women and girls started wearing full-length leggings instead of pants.

In the present day, leggings have become a constant part of every woman’s wardrobe. From celebrities to ordinary people, everyone loves to wear leggings. It is treated as comfortable casual clothing.

Leggings were never modern-day wear. It was invented back in the 14th century. For all these years, it only evolved to become its best version.